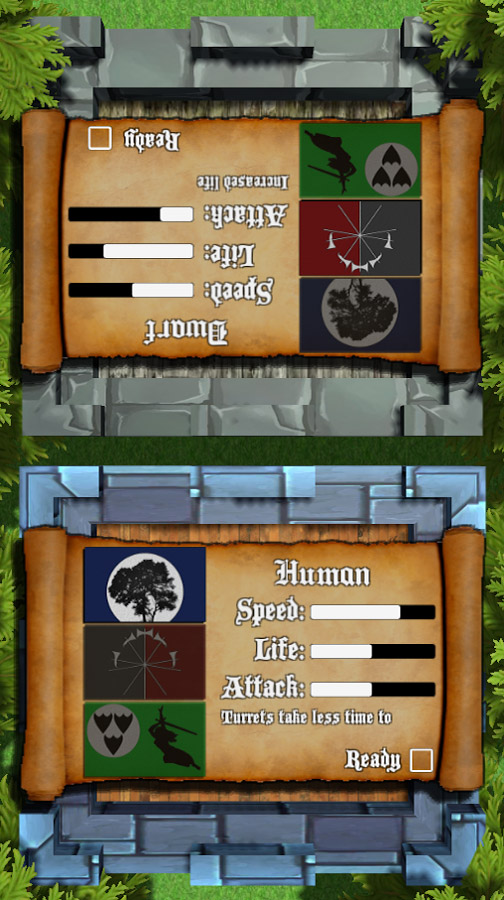 Released by White Stag Games, Tower Siege is a new multiplayer, combat game for that Android platform. This game plays just for two players, there isn’t any story to talk of. Players will assume opposite sides of a phone or tablet, since it is local multiplayer, and each will select one of three races: Humans, Dwarfs, and Elves respectively.

Each of these have their own strengths and weaknesses. There are different stats that are allotted to the races, though where they rank in each will differ. Each player starts with 200 gold, plus they alternate in getting one of a handful of different towers and placing it on their own board. Both offensive and defense towers can be found. Once each side has spent their gold, they alternate taking shots at each other using their own towers. The aim is to attempt to destroy all the towers within the opposing field, using the winner being the player with the last tower(s) standing.

So this is a pretty straightforward pick-up-and-play kind of game that you can use to kill some time with. Tower Siege is available free of charge from Google Play and has no IAPs either.