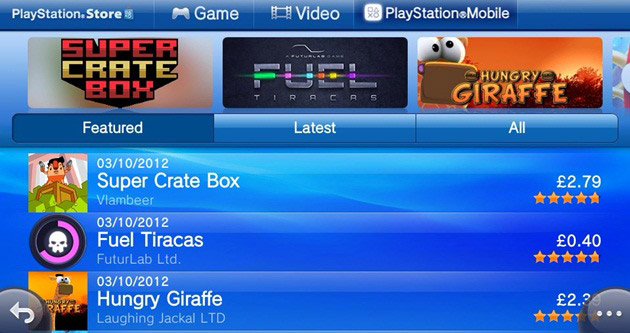 Electronics giant Sony just announced that they will again have a run at releasing mobile games, specifically for Android and iOS. This really is their latest attempt, after several previous debacles. Sony’s newest plan’s to produce a new unit called ForwardWorks, and launch it on April 1st (ironically on April Fool’s Day?).

Sony has specifically stated that they plan to release “full fledged game titles”, in addition to leverage their Intellectual Property (IPs), for the upcoming mobile games originating from ForwardWorks. At least at the start, the games will be released in Japan along with other Asian markets, without mention of any others, leaving the rest of us waiting for an indeterminate period. Also, there wasn’t any mention of any launch titles, so it’s unclear if the games will be original to mobile handsets, ports of existing titles, or perhaps a combination of both.

Having seen quality ports of console games already, I do not observe that as being a problem, particularly if the games natively support hardware controllers. Also, with the advent of mobile VR (Google Cardboard and the Samsung Gear VR), in addition to Sony’s own attempt for VR using the PS4, taking VR mobile could be an angle that Sony explores too. In the end, we must wait and find out. Speaking personally, I can not say that I’ve much faith in this venture. Anyone remember the Xperia Play? They shipped a gaming-centric phone with only 400 MB of storage on the device. Sdcard slot or not, its not all app or game supports which include nicely. They had intends to release a sequel, but that device was scrapped before it ever hit the industry.

Sony still seems to support Playstation certification (so far as I can tell), however i can’t remember the last time that made news in almost any fashion, not to mention gaming where it would be most relevant. That program enabled devices to access the now defunct Playstation Mobile, the program framework that offered games to the aforementioned certified devices, which has since closed up shop on Android at the end of 2014, and otherwise the year following.

Now do not take this like I’m ranting against Sony in general. I’m not, and i am quite the fan from the Playstation franchise, and it’s been a far cry from the flop. However their gaming efforts on mobile handsets have been sorely lacking, and almost always complete failures. I’m genuinely glad they’re trying again, and hopeful that they may right this ship, but it is difficult for me to see success now either. We shall see in no time though.

You can browse the full pr release here for your reading pleasure.

Newer PostHammer Bomb from Crescent Moon Games drops on Android Thursday, March 31st
Older Post Real Boxing 2: Rocky will be fighting its way onto Android at the end of this month